The art of a good question is always to draw out the thoughts and feelings of the one being questioned…(and for the most part…to avoid yes/no answers). 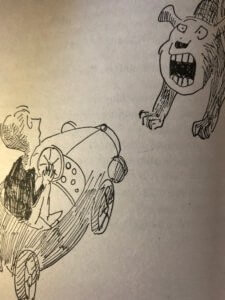 Here are 20 questions to get your student chatting up a storm (of course the student must have read the book closely in order to answer them, so you’ll find that out too.)

To read a review of THE PHANTOM TOLLBOOTH, click here