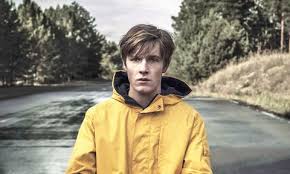 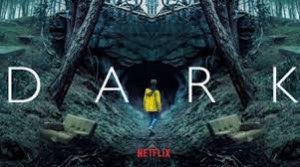 There are a number of reasons why DARK has been compared to Stranger Things. For one, it features a small town where an unnatural mystery is unfolding within its boundaries. Secondly, a couple of the main characters are policemen and youth are important to the story. DARK is “dark” and may not have the charm of the funny and sweet tween friendships at the heart of Stranger Things, but it does take on the isolation and claustrophobia of small town life. It features a number of disaffected teens and adults, not often friendly toward one another, all living in Winden.

Winden is the fictional German town where a tunnel under a nuclear power plant holds mystery. The story opens with the suicide of one of the town’s people in current time and unravels from there. Tidbits of the mystery are revealed. Various families and their histories who live in Winden are revealed. Within a few episodes, the audience begins to see the tangled mess. Not only are these folks relationally connected, they are connected by a society of time travelers. By the end of the first season, fate, individual choice and the agency of those who understand the dynamics around time travel, will continue to hinder or help Winden restore some semblance of order to their community.

The first season was much acclaimed and the second did not disappoint. A third season is under production as I write. I can’t speak highly enough of DARK, the story, the performances, the music and visuals. There is much artistry in this production and it is a welcome reality for story consumers to see another brilliant tale come from a place beyond Hollywoodland.

Congrats to these producers and I look forward to viewing and reviewing season 3.