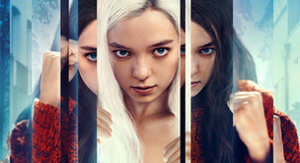 The second season of HANNA was released July 3 of this year, the dreaded year of Covid, and since all of us are streaming our content each night/day/allday/allnight (until recently, there have been no sports to watch and no air-conditioned movie theaters in which to view the latest fun film)…However, most of us are still suckers for a well-crafted drama. The release of Hanna’s second season by Amazon Prime found me in just the right place for a conspiracy-laden story, inhabited by teens.

I rate this series R, mostly for its violence. HANNA, created and written by David Farr, also portrays a disturbing picture of childhood, so if you have young children/teens who want to watch, you may want to preview this before allowing them to enter into the violent world of Hanna. Other than that, I highly recommend this series. It skirts the line that is science fiction and dystopian.

Short Review of HANNA. 6 Reasons You Want to Watch…

One of the things I liked about this production was its willingness to go slow. That might sound weird because the story moves at a pretty fast clip, but there is also time in each episode to absorb what is taking place in the character’s lives, in their hearts. I attribute part of that pacing to the editing. THANK YOU DIRECTORS AND EDITORS! It surprised me sometimes what was not put on the screen/what was skipped, but it also revealed what was most essential for the story. I found my brain willing to allow the holes in the plot because the true drama was not withheld from my view.

In season 1, the audience is introduced to Hanna as a baby, also to her mother and to her mother’s savior, Erik (Kinneman) who ends up rescuing Hanna from destruction. Erik, though German, is an insider with the US intelligence agency that is accepting babies in order to turn them into super assassins. Erik becomes Hanna’s guardian and the audience believes he might actually be her father. He isn’t. When Hanna finds out he has lied to her about his biological relationship to her, she is enraged.

Telling the truth is VERY important to Hanna. This seems consistent throughout and is refreshing as a character trait. It grounds the viewer, even when Hanna’s allegiance to the “good” or the “evil” entities in the world seems confusing. Hanna punishes those who lie to her, even when those individuals are her allies.

That dynamic of telling truth versus lying, or shrouding the truth reminds me of how teens (I’ve raised a couple and counseled many) have a nose for truth or fiction. They sense when adults are lying to them. Just tell me the damn truth and don’t protect me from it because you think I can’t handle it said every teen ever.

And I love that about them. I loved that about Hanna. She is so pure in that sense, the audience is ready to root for her in just about any circumstance, even when it feels like she is about to give in to evil.

Hanna has been renewed for a third season. I look forward to seeing how the writers develop this story.