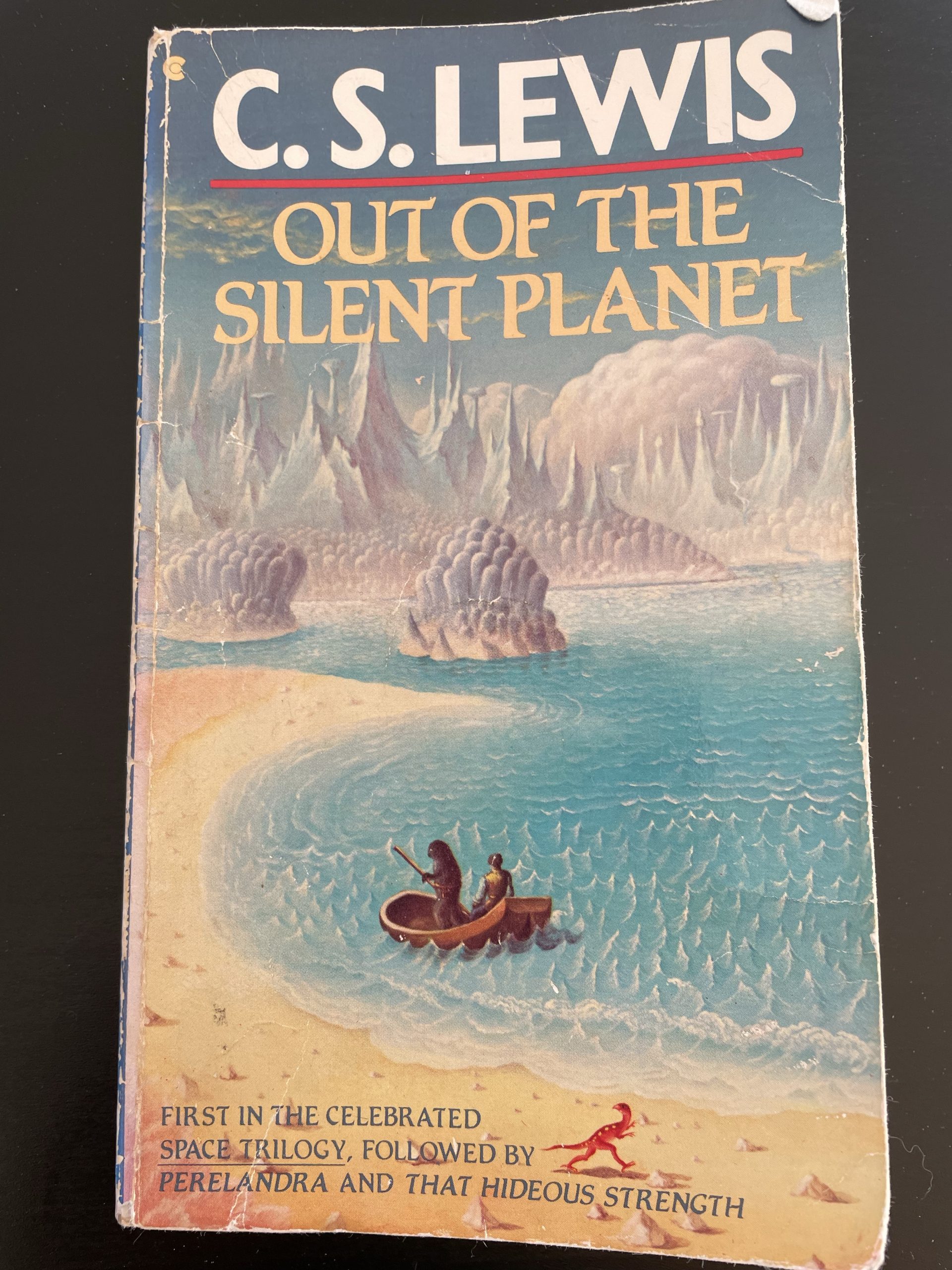 OUT OF THE SILENT PLANET, by CS Lewis came about as a result of a coin toss between JRR Tolkien and CS Lewis in the 1930s. The understanding between the two men; one side of the coin would mean writing a science fiction novel, the other side would mean writing a time travel novel. The coin was tossed, Lewis was assigned the scifi novel. Tolkien was assigned the time travel novel. Tolkien never wrote his. Lewis did, published in 1938, twelve years before Narnia. In fact, he wound up writing three books of science fiction. OUT OF THE SILENT PLANET, which I will review here, was the first.

The Short Review: 4 Reasons to Read OUT OF THE SILENT PLANET

When Lewis and his friend and colleague, JRR Tolkien, both veterans of WWI, decided to toss that coin, they had been musing together about the sad state of fiction. They believed that the godless universe theory unleashed to some degree by Darwinists and proponents of the Hegelian superstate/superman, was giving rise to real beliefs, like eugenics, inside academia and government. More troublesome, these theories were making their way into fiction and infecting the broader population through story.

Americans fought in WWII and helped to defeat Hitler, so my nation (I am a US citizen) often forgets how the eugenicist movement in the US was accepted and backed by some of our highest state actors, like President Woodrow Wilson. We in the US forget, maybe conveniently so, that we too were traveling on a similar road as the Nazis. This is how pervasive these ideas were and back in that day, they were considered progressive. It turns out, anything can be labeled progressive. A cautionary and hopefully humbling reminder to us in the 21st century.

Marxist ideology was also suspect in Lewis’ eyes. Both Marxism and Fascism preached an exercising of power where the end justifies the means. That idea was an abomination to Lewis and Tolkien, the rejection of which made its ways into the Lord of Rings trilogy as it did into all of Lewis’ writings. As Christians (Lewis, an Anglican, Tolkien, a Catholic), they challenged the idea that the state has permission to sacrifice an individual for some greater good, not without that individual willingly giving up her/his life, soldiers willing to fight to defeat the existential enemy of a free state being one example of this proper sacrifice, something both of these men witnessed first hand.

In regard to reading OUT OF THE SILENT PLANET, knowing a little 20th century history and philosophy definitely helps the reader enter into the world of Elwin Ransom, the hero of the story, but even without that knowledge, this is a fascinating and well written tale. Ransom, a philologist, is on a walking tour of rural England. He is kidnapped and taken to Malacandra (the planet Mars). What unfolds is a story about relationship and curiosity versus dominance exercised by violence. The narrative provides a resolution that exemplifies the idea that there is a standard of justice that is literally universal.

This is my third time reading OUT OF THE SILENT PLANET (notice my beat-up copy in the image above…not sure it will survive another read-through) and after finishing the book this round, I found myself dreaming about grace and kindness and goodness while I slept…something that doesn’t often happen for me after reading science fiction before bed.