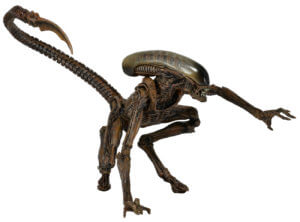 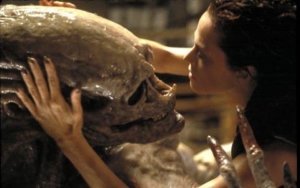 So, these aliens in the Alien franchise are not sapient. They do not make tools and have no technological civilization of any kind.

My husband and I have been re-watching Battle Star Galactica (which, by the way is fantastic; the writing, the acting and the overall production hold up to any tv series produced ever after). In BSG, the Cylons are the worker bees of a hive mind (an A.I. computer searching for meaning). The Cylons have destroyed human civilization and are chasing down the remnant who are fleeing in space vessels across galaxies to find a place where they will be able to survive/start over. The Cylons are called “toasters” by the humans who shoot them dead (otherwise, they will likely die by the hands/guns of those Cylons). The Cylons are non-human with little or no individuality…until, the computer brain figures out how to create machines that are VERY human-like. Those Cylons infiltrate the human remnant and take on unique personalities. One even falls in love and is impregnated by a human. So…it all becomes complicated. Including, the episode we just watched which chronicles a Cylon called Scar. The episode is the 15th of the second season and is titled, Scar. It is free for for Amazon Prime members as is the entire series. 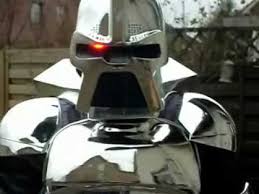 In BSG, the writers want the audience to grapple with a morphing understanding of the Cylons. Cylons start out all evil, but don’t stay that way. Various human-like Cylons enter into human community and help it, many step in with critiques of human society, acting almost like prophets. The Cylons are monotheists, who believe there is a purpose to their existence. The human remnant is polytheistic, worshipping the gods of the Greek Pantheon. Wonderful fodder for philosophical ponderings within BSG.. Through the many episodes of BSG, the audience begins to feel more compassion for the Cylons. The entire series is worth watching if you are a writer who cares about humanizing characters that fall into the category of enemy or other. 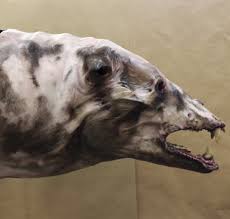