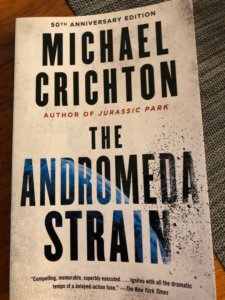 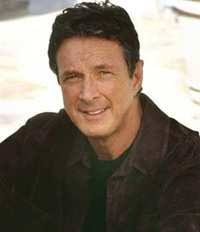 So…this novel became a best-seller and gave rise to a film that bears the same title. Both were great hits/made a lot of money. In fact, this book catapulted Crichton’s career. I can only surmise that there was a great hunger for techno-thrillers at the time and that Crichton scratched an itch that had be itching for a long time.

If I was ever to teach a writing class on the development of a writer…I might choose Crichton and force my class to read this book and then give them the pleasure of Jurassic Park as examples of how one gets better at the craft. THE ANDROMEDA STRAIN almost feels like a “freshman novel”, that novel that is often written by an aspiring author who has one great idea, but can’t quite figure out how to tell the story.

There is a reason that BLADE RUNNER, a brilliant film and subsequent franchise, emerged out of Dick’s novel, written in 1968, a few years before THE ANDROMEDA STRAIN was penned.

The character of Rick Deckard is brilliantly written, fleshed out. The reader feels his pain, his angst, his story as he/she reads. Not only that, the landscape of even the secondary characters is complex, mysterious and full of emotion.